Abuse is not just physical. 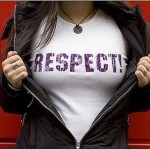 not the case. Destructive relationship patterns such as abuse can sabotage everything that is beautiful.

Abuse is much more than just physical. Sometimes we can be in a relationship and not even be aware of the emotional or mental abuse that is cutting our heart cords.

1. Humiliating or embarrassing you.

4. Ignoring or excluding you.

6. Provocative behavior with opposite sex.

7. Use of sarcasm and unpleasant tone of voice.

10. Mean jokes or constantly making fun of you.

14. Withdrawal of affection – holding love back.

16. Making everything your fault.

17. Isolating you from friends and family.

19. Constant calling or texting when you are not with him/her.

20. Threatening to commit suicide if you leave.

If the above list sounds familiar I urge you to seek coaching or counselling. Abusers are expert manipulators as they know how to get you to believe that the way you are being treated is your fault. These people know that everyone has insecurities, and they use those insecurities against you. Abusers can convince you that you do not deserve better treatment or that they are treating you this way to “help” you. Some abusers even act quite charming and nice in public so that others have a good impression of them. In private it is a different story.

How do I know this? I have experienced physical, mental and emotional abuse in my relationships. And one thing I do know is that an abuser can transform into a gentleman or lady. Yes, we women are often emotional and mental abusers in relationships and we don’t even realize it. When I was in my twenties and married to an abuser I have to admit my truth and say that I had many of the behaviours on the above list too. It wasn’t just about him. He was a mirror showing me how much I did not love myself.

It wasn’t my fault. I had no idea of the default programming that was so ingrained in my subconscious mind. It wasn’t until my spiritual awakening that I realized I was just following the same relationship patterns my parents had. And I could not blame them either. They did not know any better. Now I could make a conscious choice to change who I was being as I was determined to become a better person. I was so determined to do whatever it took to live above the line. I made the choice to embrace loving behaviours and actions.

I do believe any human being can transform and live above the line. How? The key to their transformation is a spiritual awakening.

My beloved Alan had a spiritual awakening to his own destructive patterns and behaviours which were taught to him by his father. He now teaches men how to step up, show up and transform themselves and become a REAL MAN. I show women how to stop being a victim in life and to embrace their brilliance so they can attract more love, respect and appreciation.

At our Empowered Relationship Weekend we show you how to connect to release those destructive relationship patterns and create new empowered relationships now and in the future.

You are LOVE! You deserve happiness.

Discover the Source of Your Abundance

When someone bumps into you….

How to Have Uncomfortable Conversations with Family this Holiday Season

Thank you to all the Men in my life!

Hello I am Karen Klassen. I have the ability to show you how to fall in love with who you are by breaking the chains around your heart so you can live a prosperous and fulfilling life. Together we RISE!